Believing in the empowerment of women, Mariana founded Laboratorio, a social enterprise in which women who have been unable to gain access to higher education are trained to become web developers. Mariana's purpose is to channel her energy into following through with her aim to look for talent in the least expected areas, under the conviction that such talent is not limited to a socioeconomic status, but that the greatness of our country can be nurtured by those who do not have the financial resources to succeed.

Mariana is on the BBC's list of “the 100 Most Influential Women of 2016” and her work was praised by Barack Obama and Mark Zuckerberg at the APEC summit.

Upon graduating from San Silvestre, Mariana entered the Catholic University before transferring to the London School of Economics to obtain a degree in International Relations. Subsequently, she obtained her Master's degree in Public Administration from Columbia University in New York. Before founding Laboratorio in Peru, Mariana worked on different social projects in Haiti, Kenya and Guatemala.

“My school gave me many things, including the opportunity to develop critical and analytical thinking, which has been fundamental for my personal and professional development after school. San Silvestre not only gave me a sound  academic background, but also the necessary tools to study outside my country in universities of my choice and to always adapt easily to changes. The International Baccalaureate helped me develop the sense of responsibility that accompanies me to this day.” 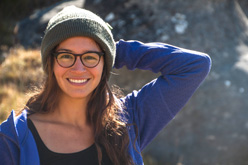 Andrea Martens
Andrea has been travelling around the world on her own for nearly 3 years. Her journey began in Kenya, from where she travelled to South Africa...
Read more >

Adriana Arnillas
Adriana graduated from San Silvestre in 2012. She gained a perfect score in the IB (45 points). She studied Administration at Universidad...
Read more > 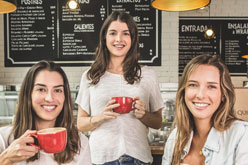 Alexia Cook, Ariana Ferraro, Thais Maggiolo
Three former pupils of San Silvestre, first cousins Ariana, Thais and Alexia (2003, 2004 and 2006), two of them administrators and the other an economist, are
Read more > 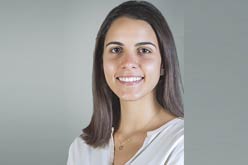 Lucia Rodrigo
Lucia finished school in 2010, after obtaining the top score in the International Baccalaureate examinations (45 points). She entered the PUCP to study law...
Read more >
< Back